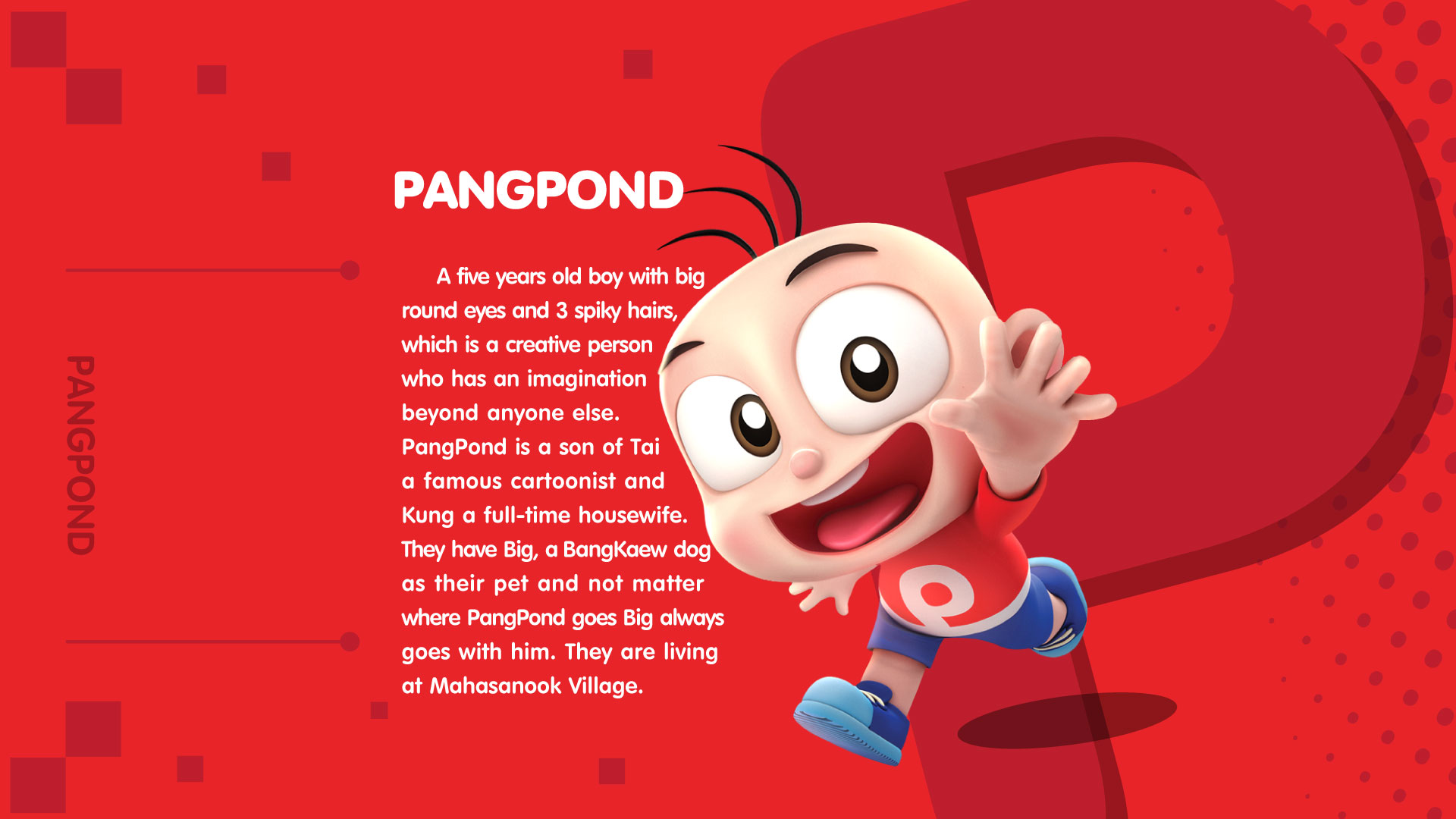 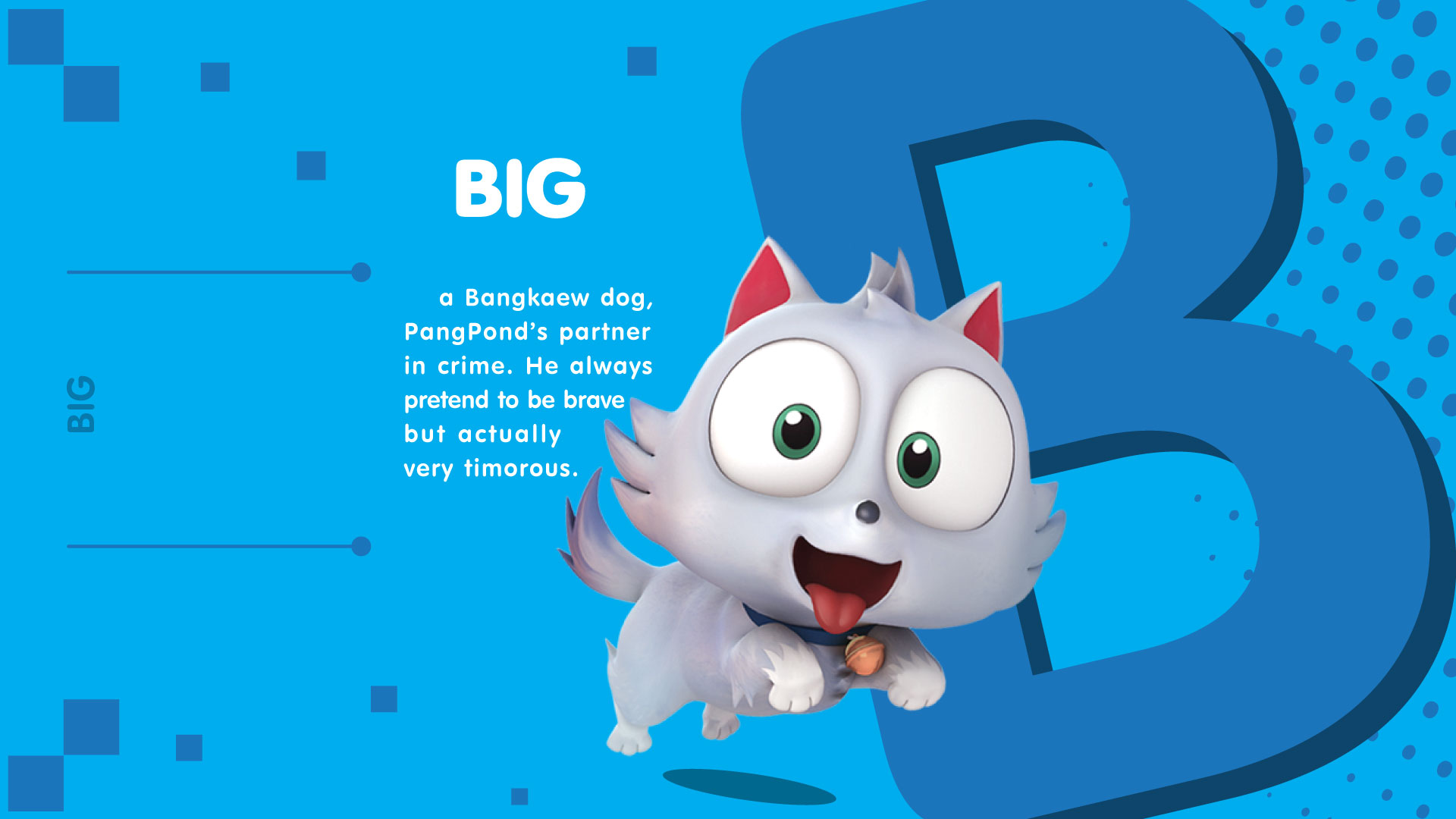 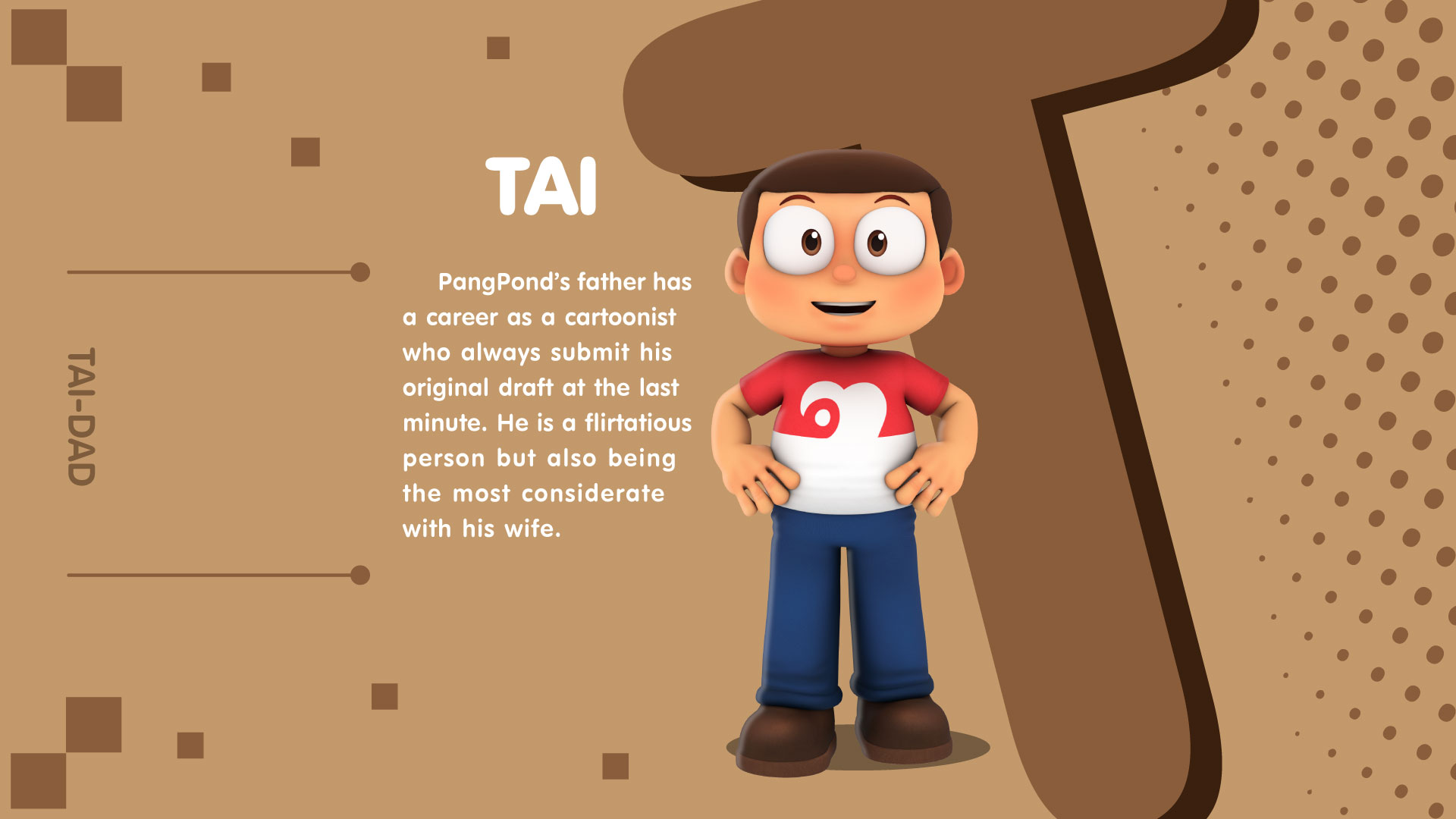 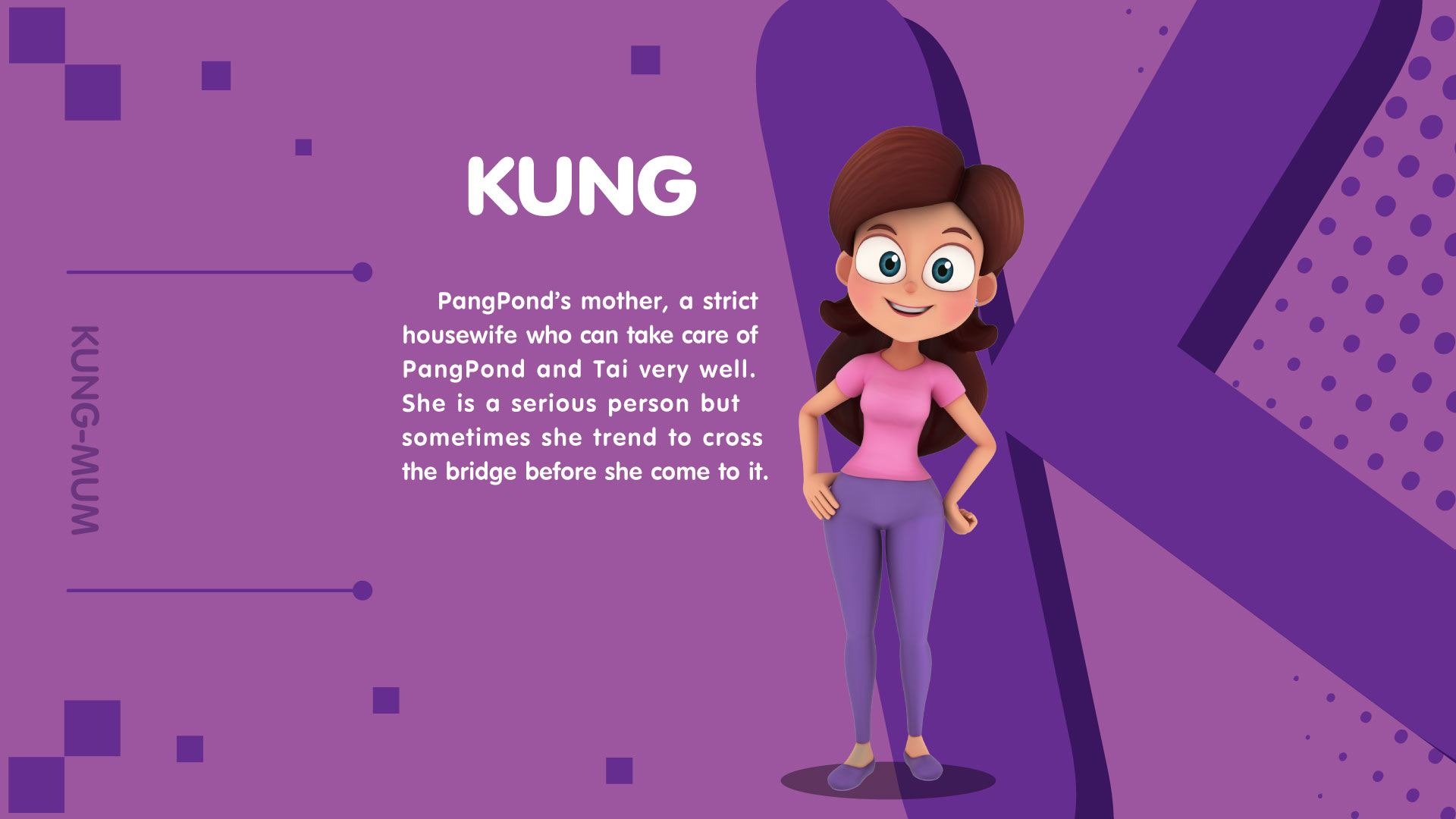 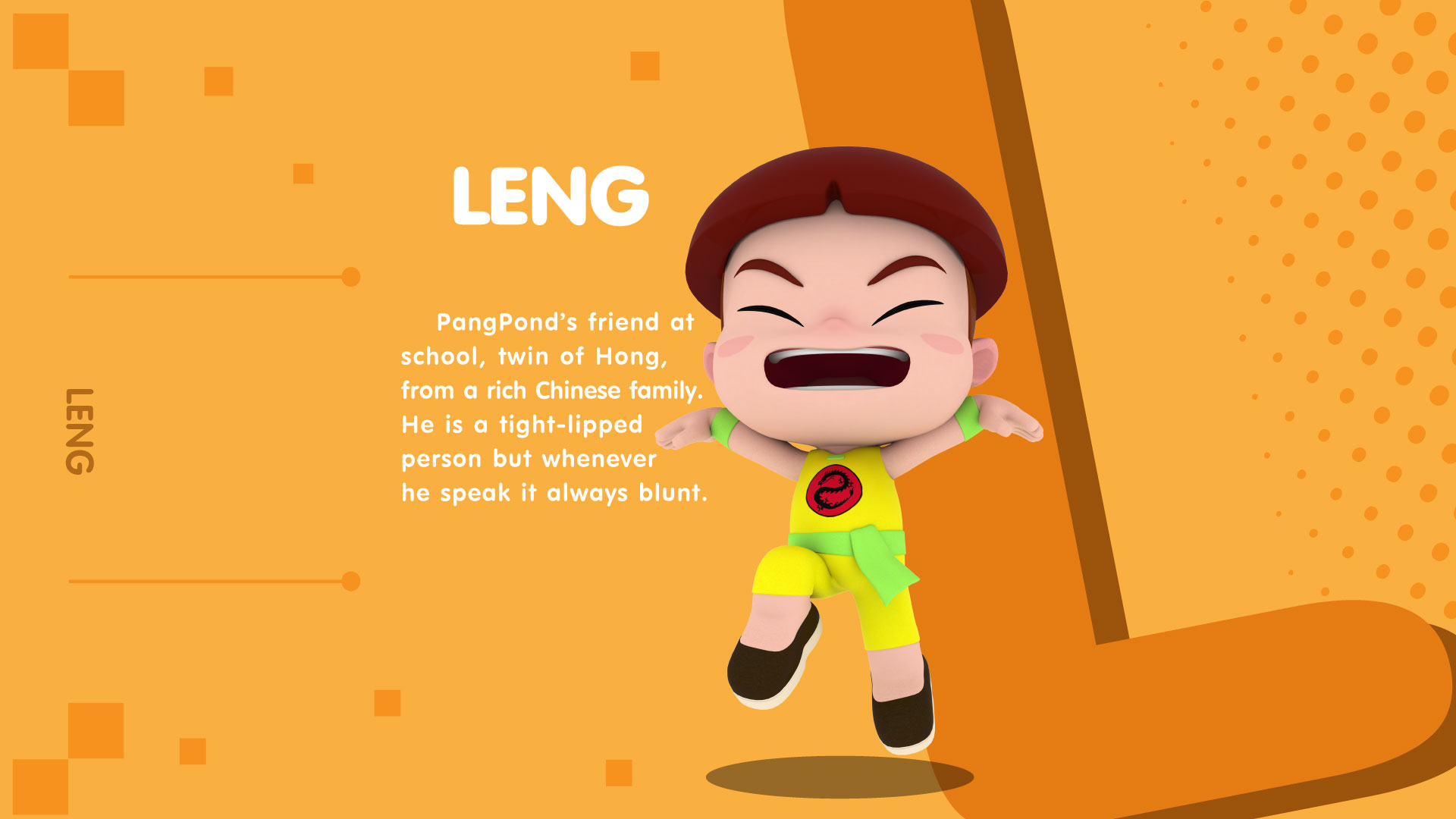 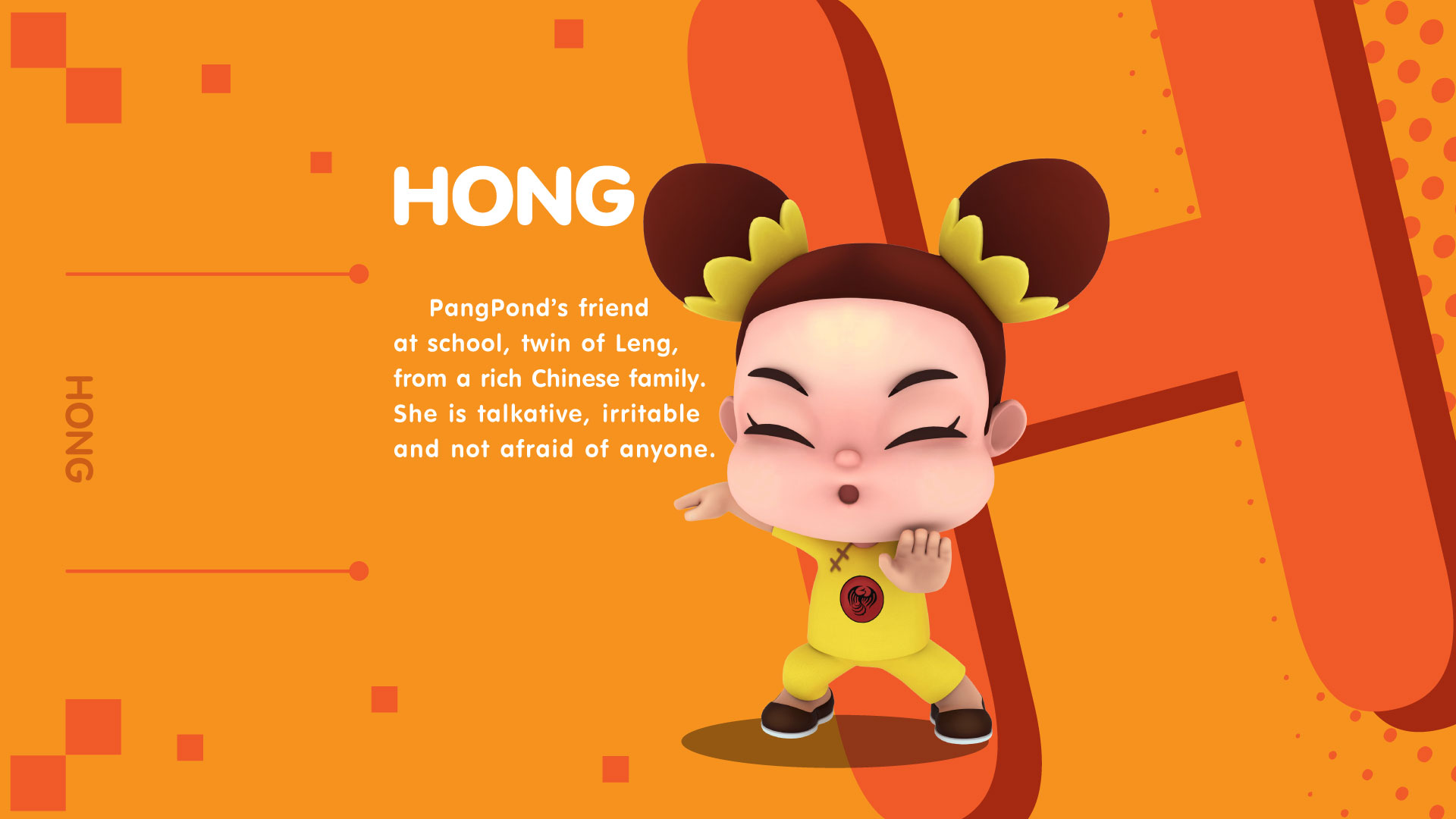 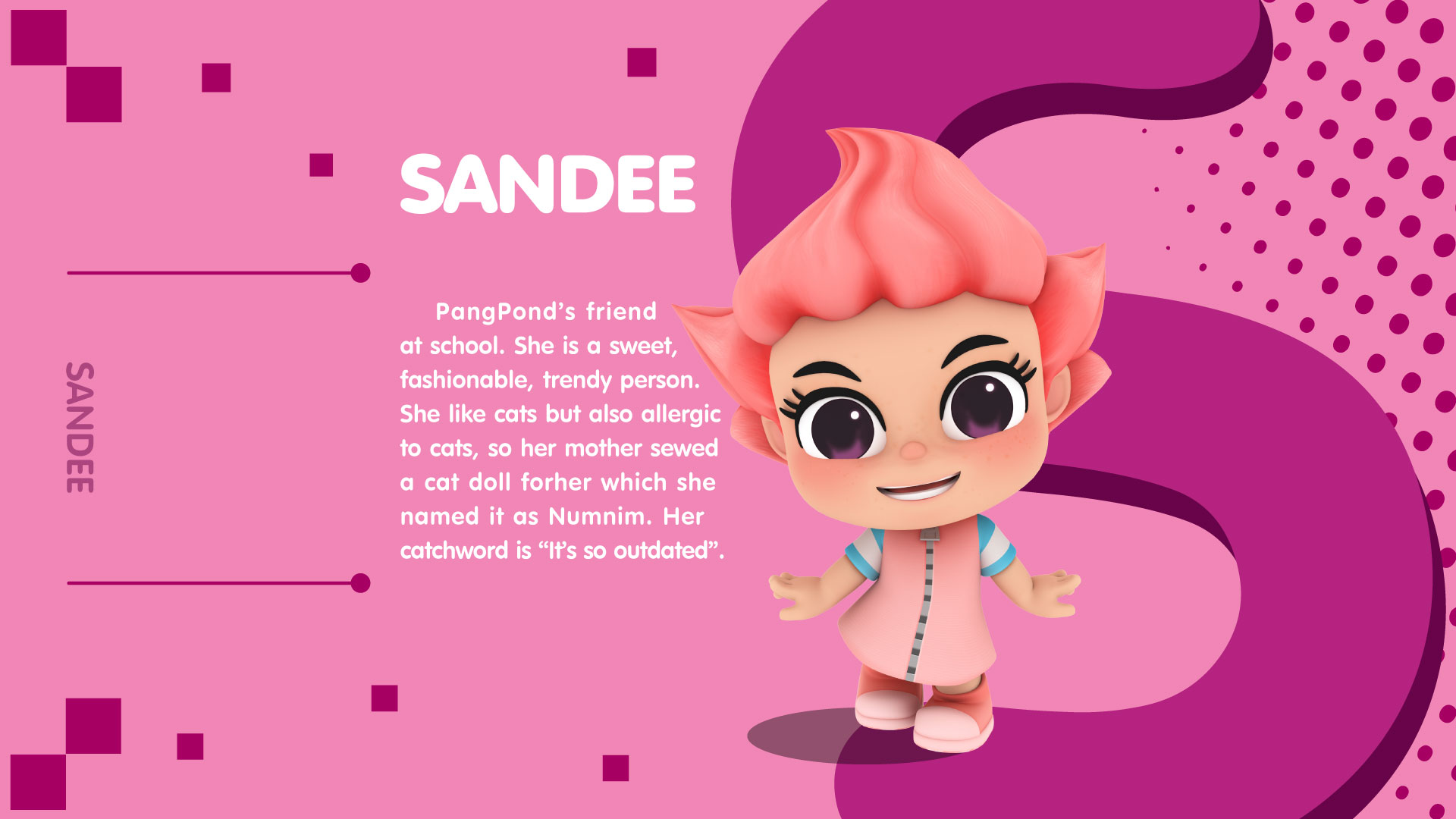 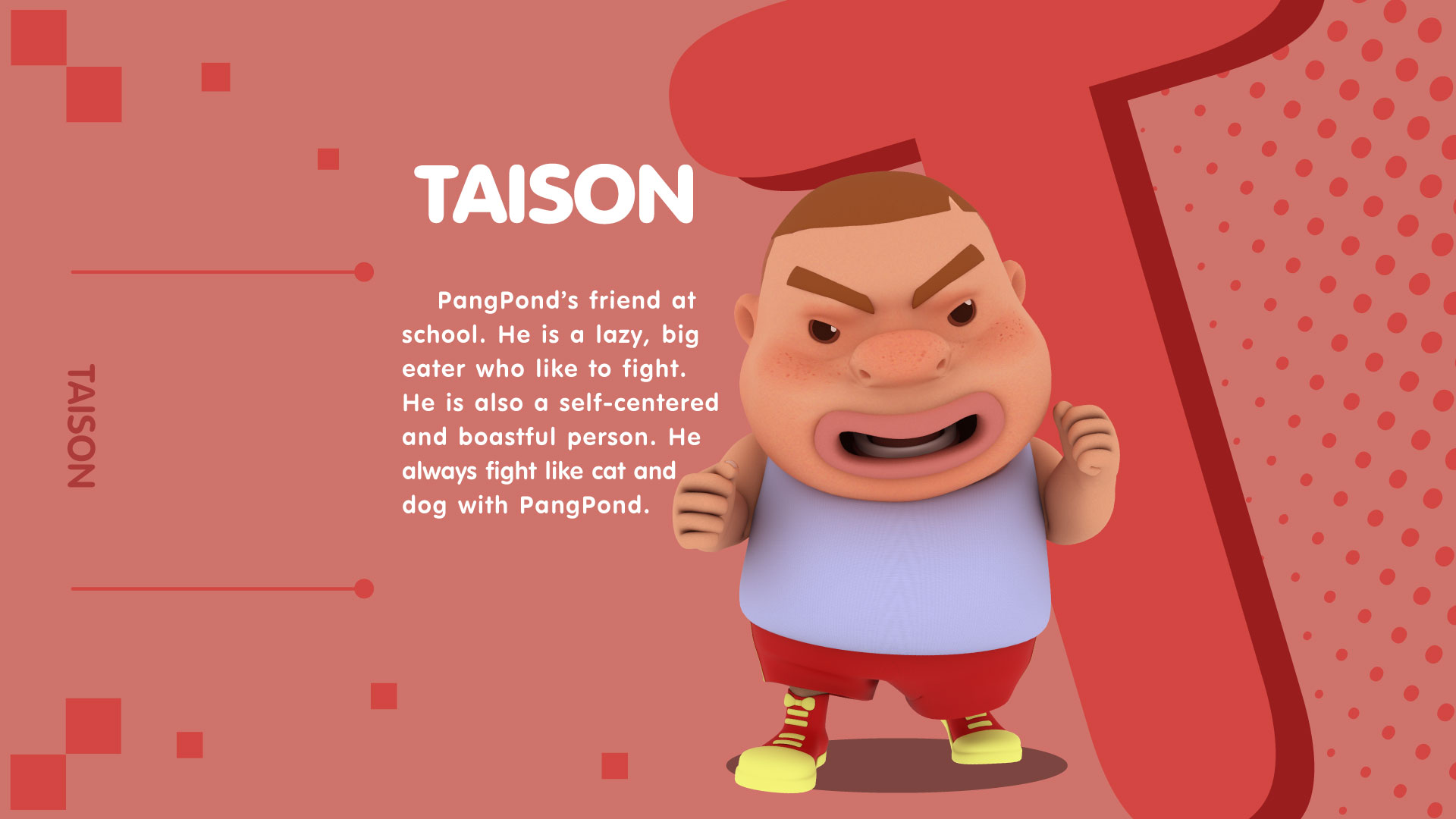 “PangPond” is a character from “Ai Toa Lek”, Mahasanook’s comic book written by “Tai” a famous cartoonist of Banluesarn publishing. PangPond became an animation for the first time from “PangPond: The Future World Adventure” movie which was the first Thai’s animation had screened at IMAX Digital Theater. According to the fan’s feedback, we develop it to be an animation series for fans to enjoy the whole story of PangPond.

PangPond see the world as a big toy which he be able to play with every single day. He likes helping that makes he has a lot of friends. Some of them are human like Sandee, Taison, Leng and Hong. Some are animals even an angel or ghost not matter whoever or whatever it is, he always playing with. Because of that he has a lot of funny stories to share with everyone.